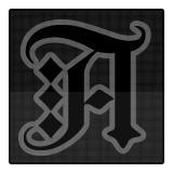 A 2D Retro-Styled Fantasy MMORPG. We meet the indie developers.

I was lucky enough to talk to the guys behind this 2D quest.
Have you worked on other projects before?

Ryan: I’ve worked on and am working on countless projects – not all of them being related to RPGs or MMORPGs. I have written a website creation tool with PHP in conjunction with HTML5 and CSS3 originally to make editing my company’s website easier. Soon afterwards I thought what better way to prove to myself that I can create a website than create a website that creates websites. So I did just that. I’ve created mods for TES: Oblivion, I’ve had many forums and other various websites, I’ve created countless games and applications in Java and VB6 and even a hybrid language created by combining the two and allowing them to work in harmony with each other (Jabaco). I’ve got a few business foundations also so start using when and if I start earning an income from Arkanius. Arkanius is and always will be my main project and priority though.

Mannon: I’m more of a hands-on creative person and really enjoy arts and crafts. I love creating cards, music, stories, ornaments and many other bits and bobs that I can sell in an effort to reel in some income. I’ve worked as a ghost writer which I really enjoyed and am currently writing my first fantasy novel
What games have inspired you?

Ryan: I’ve been inspired to create Arkanius as a result of the atmosphere and feeling created through playing many other games ranging from old Sega Mega-Drive and Master System games such as Shining in The Darkness, Ultima IV, Phantasy Star I, II, III & IV, Super Hydlyde, Ys, Golvellius, The Story of Thor (AKA Beyond Oasis), Sword of Vermillion to newer games such as Runescape, World of Warcraft, Endless Online, Nowhere Else and Beyond, MU Online, Guildwars, Ultima Online, Daimonin and much, much more. I’ve played hundreds of RPGs and MMORPGs yet I never seemed to be able to play the same one straight for any longer than two years as I always craved another feature or atmosphere in another game – I never found the perfect MMORPG. So every feature I’ve ever enjoyed or craved within any RPG or MMORPG will be implemented and enhanced in Arkanius. I’m trying to create my idea of a perfect MMORPG and also by listening to what people want in the Arkanius Community Forums also create the perfect MMORPG for my players.

Mannon: Games that have inspired me have been Endless Online, World of Warcraft and The Story of Thor (that I played through with Ryan). I want to help Ryan allow people to enjoy playing Arkanius as much as I enjoyed playing those games.

Whats your favourite feature of your game so far?

Ryan: My favourite feature of Arkanius is probably the player ship or caravan system. The creation ship system was inspired by a mix between the ships you can have on Ultima IV and also by a member of the Arkanius Community – Belkurg. Players can customize the inside of their ship and caravan anytime they wish and members of the ship/caravan owner’s party can be socializing and interacting inside whilst the party leader transports them. This can also be a good way for players to rely on and interact with each other for transportation across Arkanius. Players can also fish from their boats with a fishing net equipped as well as equipping weapons such as cannons for fighting sea creatures and PvP (Player vs Player).

Mannon: My favourite feature in Arkanius also has to be the ship system; I also really enjoy cooking things within Arkanius.

e been Endless Online, World of Warcraft and The Story of Thor (that I played through with Ryan). I want to help Ryan allow people to enjoy playing Arkanius as much as I enjoyed playing those games.

Ryan: I love it. I’m not the best person in the world when it comes to working with other people so this way I can do everything myself and there’s no need to the graphics artist, programmer, web developer, mapper and such to try and convey their ideas to each other sometimes resulting in a not-so consistent game. This way also I don’t have to employ anyone to do things for me – I’d rather just learn how myself. Since I’ve started Arkanius I’ve learnt VB6, Java, JavaScript, HTML, HTML5, CSS, CSS4 and PHP in the space of a year and a half which is a lot cheaper than employing people and also probably less time consuming as I don’t have to convey anything to other members of a development team.

I found it refreshing that you take on all ideas by your community. What made you decide to do that and what’s been the response back?

Ryan: I hope it doesn’t come across that I can’t think of my own ideas or my imagination is failing me because neither of those are even close to the truth. I just want to create what in my opinion is a perfect MMORPG and I really want it to be just that for other people to and the only way I can do that is by listening and actually implementing their ideas (within reason) – I also credit them for their ideas in the credits if they allow me to do so. I want to make their ideas a reality; most forum posts on MMORPG websites seem to disappear into some sort of void and never even receive a response from a member of staff or developer. I like to see a suggestion on the forums then wait for feedback from other players making mental notes of their playing styles and opinions and then once I’ve established what all the divided groups within my forum want. I give them all just so ‘group a’ gets what they want as well as ‘group b’, this way I’m not basing the game on my personal preferences but the personal preferences of all my players.